At the time of writing this article we don't know whether our inaugeral title as book publishers, 'While it is Yet Day', has been an extraordinary sales success ... or not! What we do know is that together with author Averil Opperman we couldn't have done much more to announce it's arrival. Entering 2015 we didn't envisage ending the year as publishers but that all changed when Averil popped in to discuss printing of her book on the life of the renowned Victorian pioneer of health and prisoner reform, Elizabeth Fry. I had seen Fry's face on the back of the £5 note but had to confess I knew little of her story. By the end of our first meeting I had heard enough to feel the story was worthy of a broader audience, a feeling which re-doubled when Averil told me she had yet to interest a publisher. Add to the pot that Fry was a committed Quaker (as was Henry Stanley Newman, the enterprising founder of Orphans Press) and it seemed as if the fates were aligned towards 'Orphans Publishing'.

Part of the journey of the book is nicely familiar to us. Although we say so ourselves the book cuts a dashing figure, with a striking cover (nice work Amy) and complementary setting (courtesy of Rachel). Duncan took up the reins as we approached production and his discovery of the perfect cream tinted uncoated stock has drawn favourable comments. As the book hit the presses we put together websites and twitter pages for both author and publishers (where you can also order the book).

One of the main reasons for getting so fully behind the book was that I read it and loved it. Although the book includes diary entries from Fry and others Averil has woven the story in a novel-like style which is so easy to read and hard to put down. It has very broad appeal; Fry had great historical significance (you don't become the face of the fiver otherwise), she is a famous Quaker, a mother of 11 herself she crusaded for the poor and vulnerable, not least the plight of women and did all this despite having all the opportunities of being born into a very wealthy banking family.

Now knowing that it is a great read and deserves to be a success is in itself no guarantee of a path to 'best-seller'. Book shops  and potential reviewers who we felt 'must' be interested didn't immediately endorse our own confidence. So we have taken to pounding the streets, knocking at doors and cajoling reluctant opinion formers to take a look. It's been hard graft but rewarding for all that. And Averil has been an absolute trooper, covering the miles and given half a chance charming the pants off all she encounters. Starting with the official launch which was held at Orphans one Thursday evening in October following the publication of the book on October 8th 2015 (Super Thursday!). Just as well Health & Safety weren't doing the rounds as our front office was packed to the rafters and there was barely room for the over 100 assembled to raise their glass of wine and canapes. Averil overcame nerves with a lovely introduction to the book and looked like she had been signing books all her life. Buoyed by the success of the evening we ventured to Hatchards in Piccadilly to take the good news to London. We were indebted to Artemis Cooper, no stranger to penning successful books herself, for providing the introductions and again Averil spoke with aplomb.

Leaving the wine and nibbles behind we then took our message to Norfolk, where Fry was born and raised. Both within the Quaker community and wider afield we saw flickerings of warm reaction. As I end this first chapter of our experience as publishers Averil has starred on local BBC radio both in Herefordshire and Norfolk. The book has been 'Title of The Week' in The Lady and received glowing reviews in the Eastern Daily Press. There are the first signs the book is being noticed. We've learned that overnight success in publishing needs a lot of hard work. Still, who cares if we are at polar opposites to JK Rowling or Jeffrey Archer, we're very much enjoying the challenge. 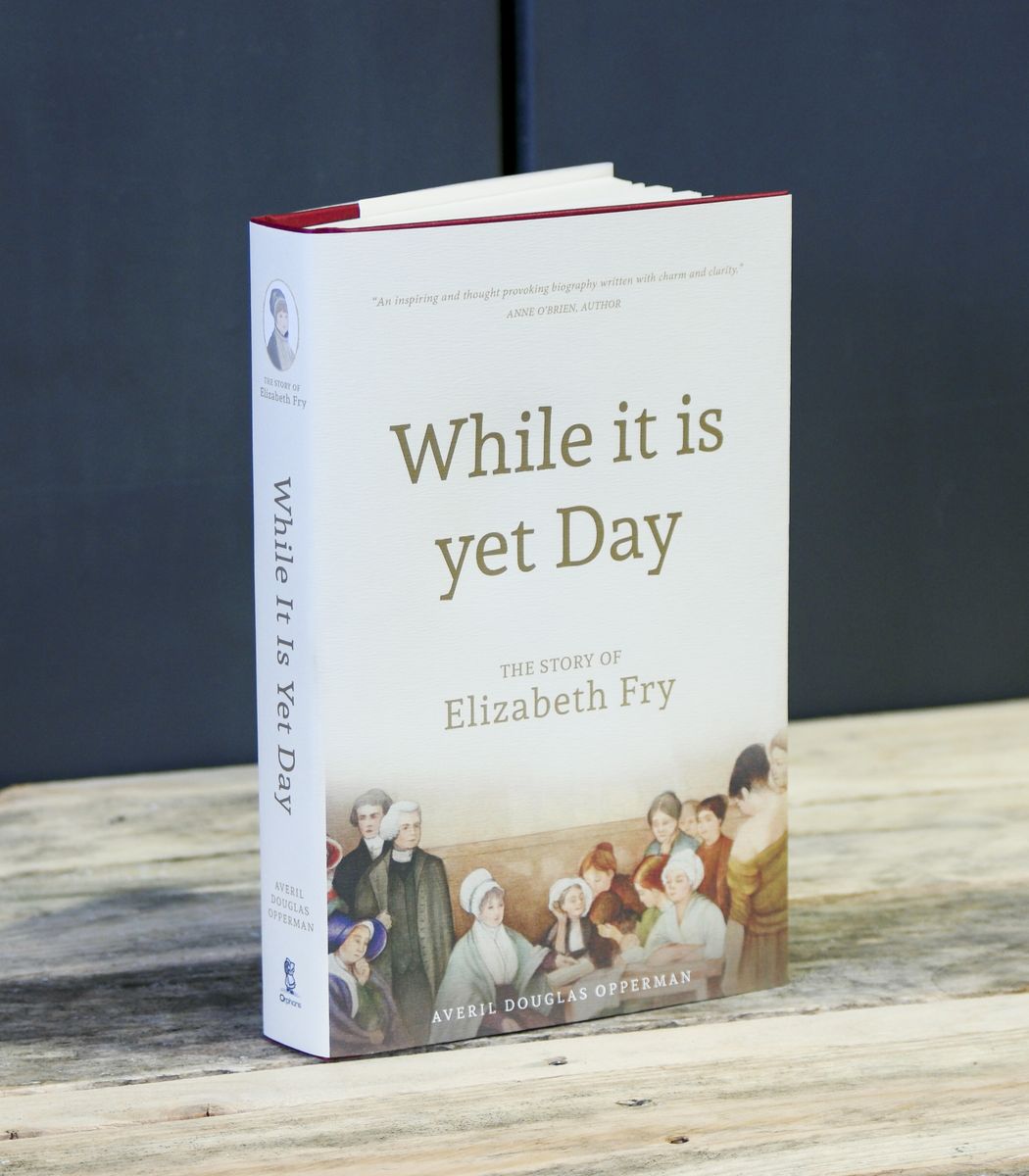